"Night of the Living Dead" cemetery

No film location in our region is more revered than the iconic Evans City Cemetery, site of the opening scene of George Romero's landmark gore-fest Night of the Living Dead. Made on a shoestring budget, NOTLD reinvented the zombie genre (the "z" word is never uttered in the film) and is now hailed as one of the most influential horror films ever made. It had its world premiere at the Fulton Theater (now The Byham) on Sixth Street downtown Pittsburgh on October 1, 1968. 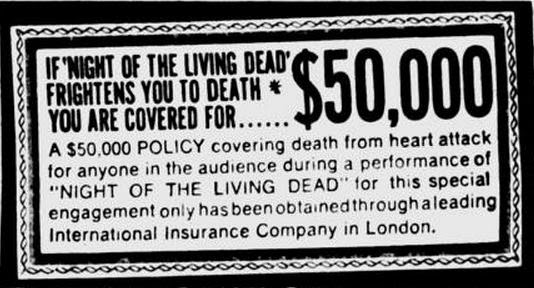 The day after the film premiered, an ad ran in the Pittsburgh Post-Gazette telling readers that anyone frightened to death by the film would be insured for $50,000, a la legendary shock-meister William Castle (John Goodman's character in "Matinee" was based on Castle). Is it any wonder that Romero, John Russo (co-writer) and Russ Streiner (co-producer and "Johnny") knew how to market the film, given their backgrounds making television commercials?

The film left The Pittsburgh Press delirious--the Burgh's afternoon daily hailed it as "a rouser for the strong-stomached, horror film addict." But, alas, some critics just didn't get it. Irritable Vincent Canby of the New York Times wrote this: "Night of the Living Dead is a grainy little movie acted by what appear to be nonprofessional actors, who are besieged in a farm house by some other nonprofessional actors who stagger around, stiff-legged, pretending to be flesh-eating ghouls." Canby couldn't bring himself to even mention Romero by name, saying only that the film "was made by some people in Pittsburgh . . . ." Based on history's verdict, Canby's review seems not just churlish but a laughable misfire. (Digression: the most famous example of a local reviewer "blowing it" was, of course, when Ed Blank, the film critic for the Pittsburgh Press, wrote this about a different film: "Spectacular, 'Star Wars' ain't, but it has interesting special effects." In contrast, the late, great George Anderson at the Post-Gazette nailed it, as he usually did: ". . . if there's any justice left, 'Star Wars' should be an absolute smash." And, of course, there was justice left. But I digress.)

Not long ago, I took a group to the Evans City Cemetery and showed them the spots in the cemetery where the action occurred. I no sooner explained that NOTLD's devotees from around the world make pilgrimages to the beloved cemetery when a car pulled up and a man from the Philippines got out. Like us, he had come to walk on hallowed horror film ground, though his journey was much longer.

The grand old graveyard looks a lot like it did on that day in 1967 when Romero brought Pittsburgh's first film crew to Evans City and Russ Streiner intoned in his best Boris Karloff, "They're coming to get you, Barbara!" Here are some screen captures of the cemetery from the film coupled with my own shots of how those places look today: 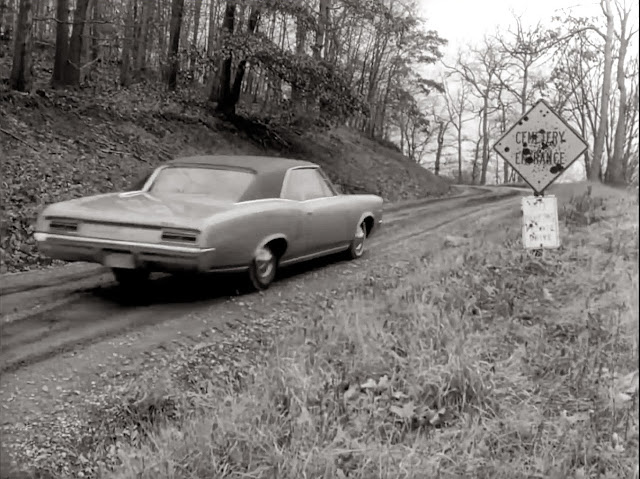 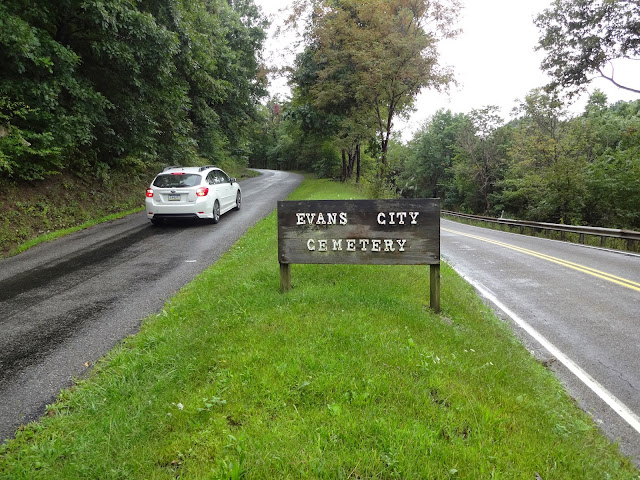 The old chapel was famously saved from demolition by the film's fans a couple of years ago. The effort was spearheaded by Gary Streiner, a sound engineer on the landmark 1968 movie and the brother of Russ Streiner: 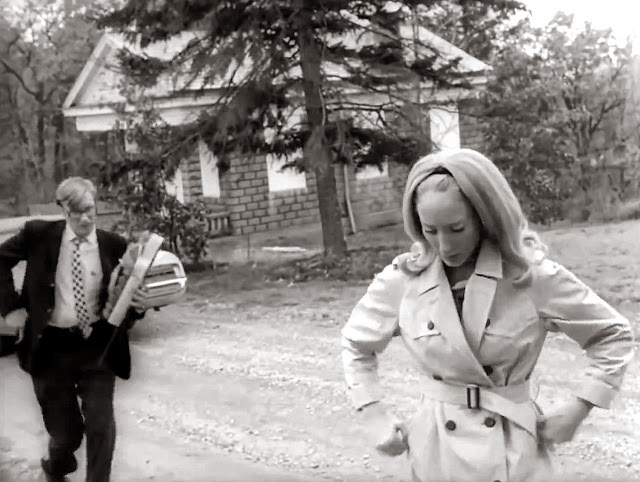 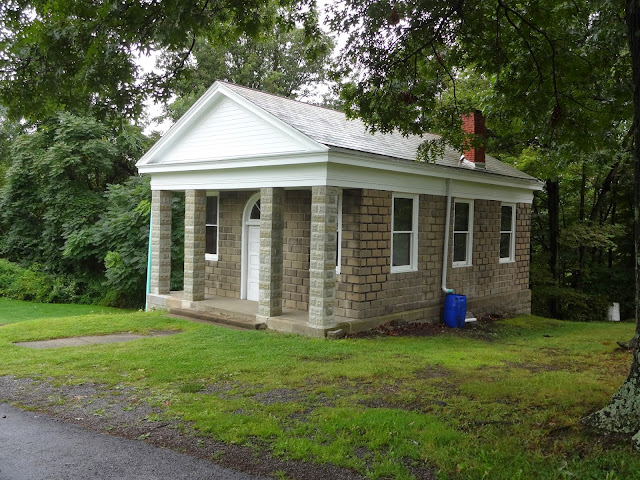 The grave that Johnny and Barbara were visiting actually belongs to Grace and George Cole who died in 1949 and 1943 respectively. The large tree to the right has been removed: 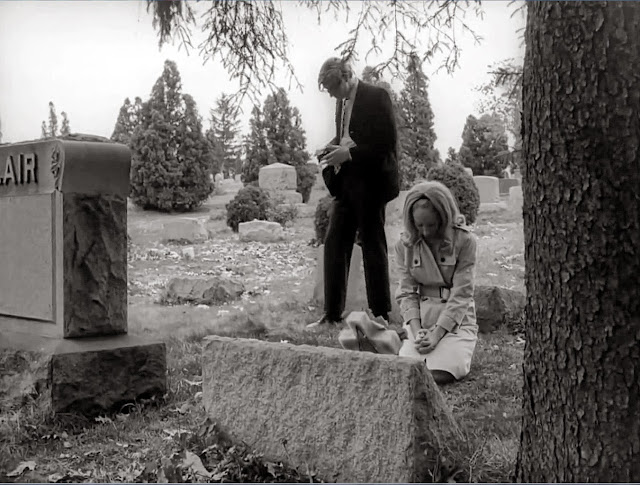 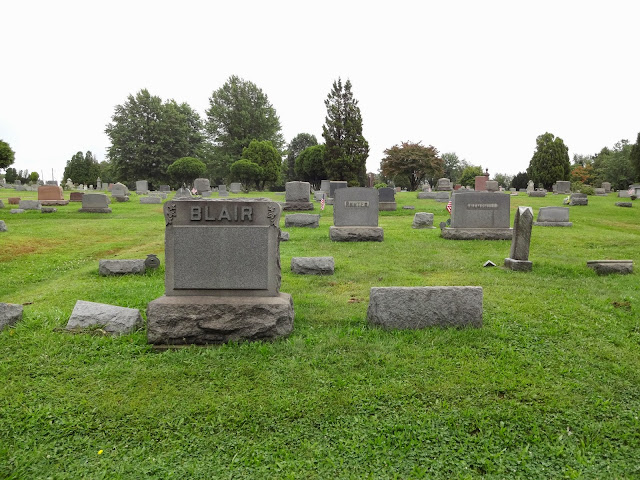 The grave stone Barbara clung to after the first zombie attack. It marks the grave of Nicholas Kramer, who died in 1917: 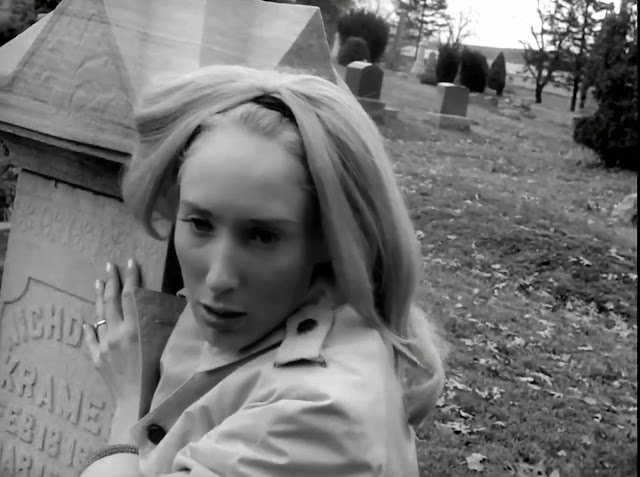 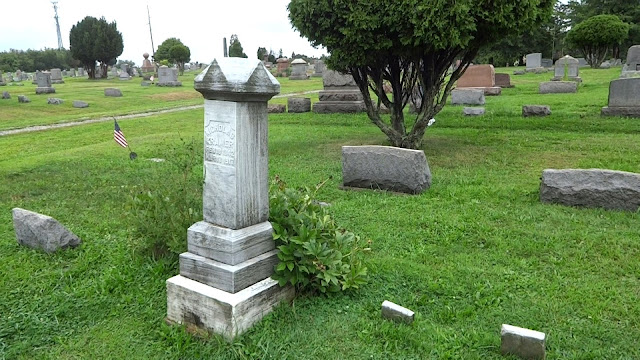 The first zombie to appear, the great Bill Hinzman. A modern day zombie tries to recreate the magic. Many of the gravestones from the movie are recognizable, though some new ones have been added in the decades since the film was shot: 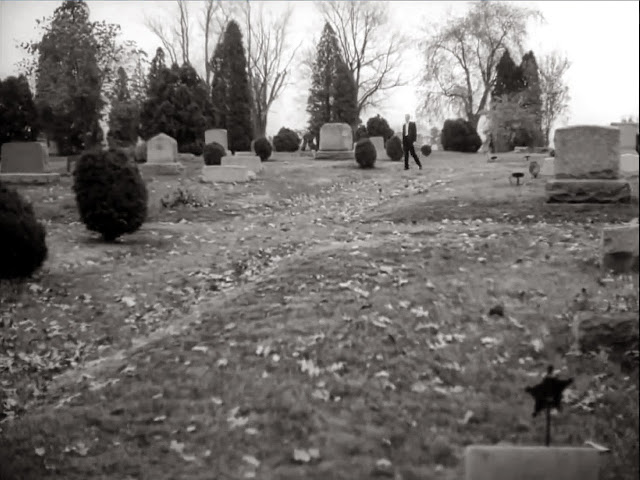 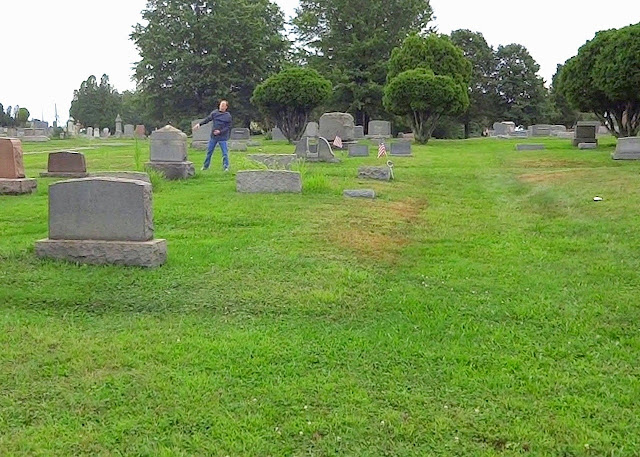